Get fresh music recommendations delivered to your inbox every Friday.
We've updated our Terms of Use. You can review the changes here.

by Path of Destiny 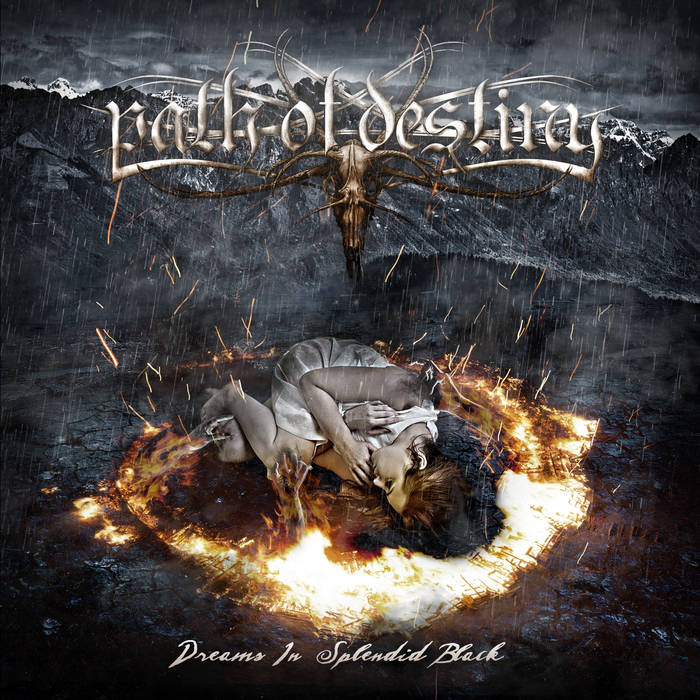 Dreams in Splendid Black marks the 3rd and biggest release so far in the history of Path of Destiny. It is the first album to be released via a record label (Apostasy Records) and contains 11 tracks.

All music and lyrics written and performed by Path of Destiny.
Dreams in Splendid Black was recorded at ff-music studio in Piesau, Germany from December 2014 - March 2015 by Fabian Frank.
Vocals recorded at Unholy Studio in Jena, Germany from March 2015 - July 2015 by Christo Barowski and Sebastian Schaffert.
Additional recordings for Song 11 and further sound assistance done by Jörg Warthmann.

Layout, coverdesign and photo-editing by Rob of Universe Design.
Bandphoto shot by Thomas Haase.
Live-pic taken by Rainer of lady-metal.com.

Path of Destiny emerged in February 2007.

The members of the Thuringian band are remarkable for their musical mixture of
heavy Melodic Death Metal-riffing, bits of Black, Thrash or even Doom Metal and a little dash of orchestral influences.

The band is able to look back on a very rich concert-history with over 130
live gigs in more than 15 years of existence. ... more